A fascinating blend of culture and science

The collaboration between the NCCR Digital Fabrication and the Origen Foundation continuers in the Swiss Alps.

Following the successful collaborations on Concrete Choreography, the next project in this collaboration will be the "White Tower". The project was officially presented on June 22nd by the Origen Foundation to the community, including all neighbouring district representatives. Also in attendance was Swiss President Guy Parmelin, who's spoke of the need to bring together innovation, science and local culture.

This 23-​metre-high 3D-​printed tower is designed to become a local attraction for the small township of Mulegns, located on the Julier Pass road. When completed in 2022, the tower will host performances, installations, and concerts and act as a cultural "lighthouse" with reflection on the unique history of the region.

This project features contributions from four NCCR Digital Fabrication Professors and researchers, including Professor Benjamin Dillenburger who's team leads the design and construction, and Professor Robert Flatt who's team will contribute to material science and production. Both professors in addition to ETH Zürich Vice President of Research Detlef Günther presented at the project launch event.

Construction on the White Tower is scheduled to begin in spring 2022 with robots printing the tower’s components on site, in collaboration with local industry partners and suppliers.

Cultural site and pioneering construction from a 3D printer - ETHZ 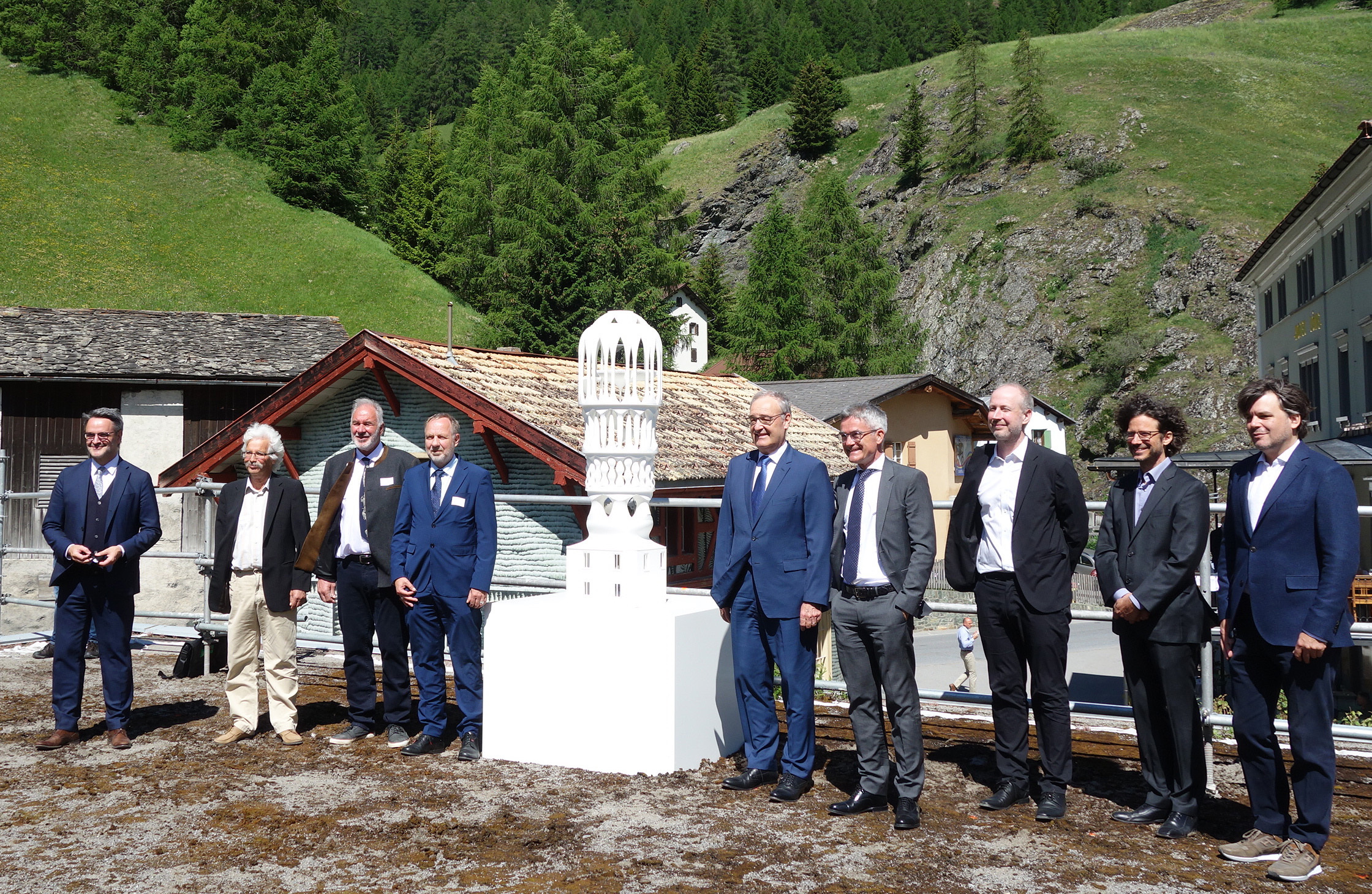