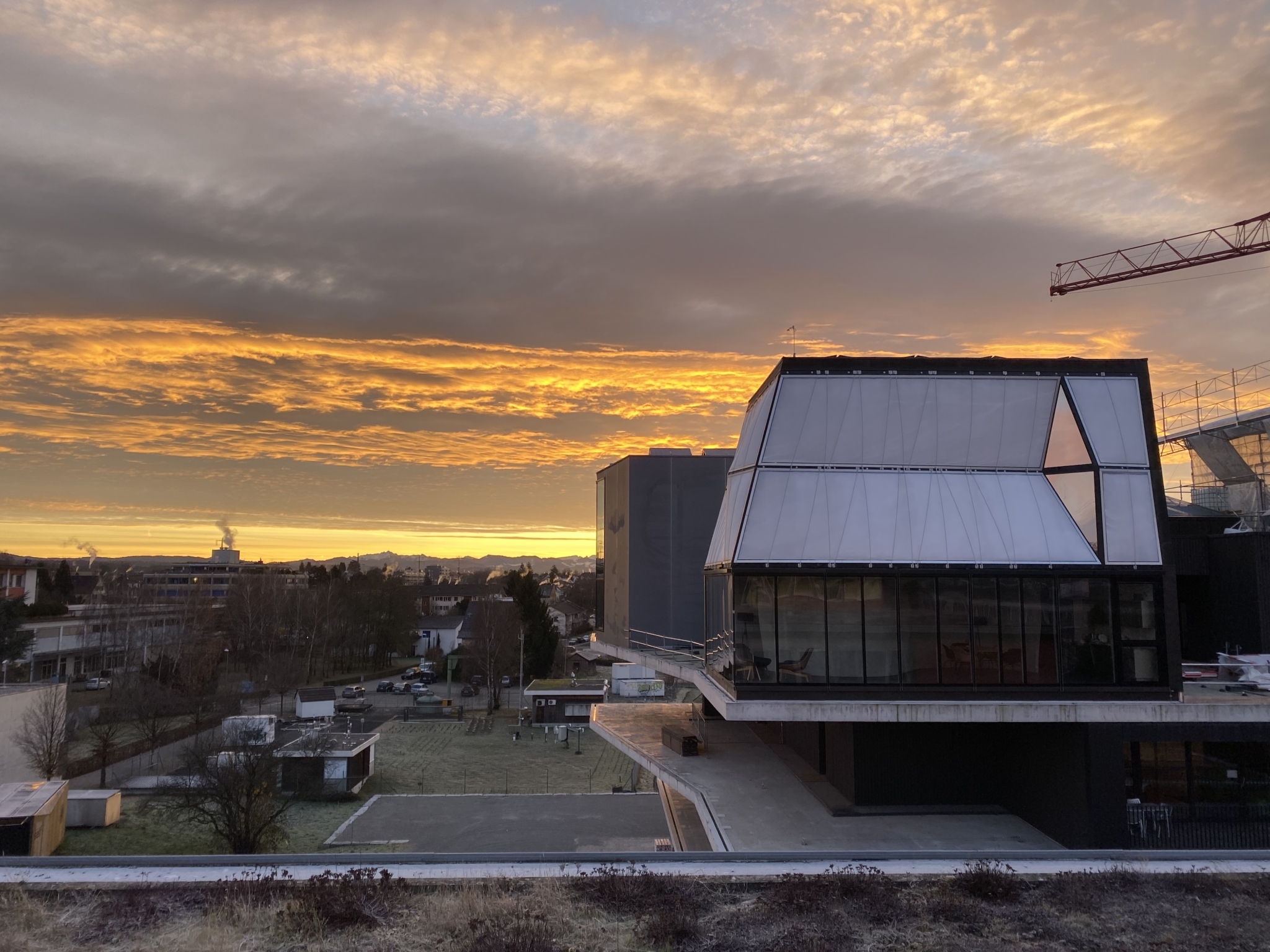 DFAB HOUSE may have opened and now be an occupied house, but that doesn’t mean that the project is over. Far from it. In fact, the house is now in the first phase of longitudinal studies to see just how well digitally fabricated objects hold up. Initial results are in, and they show that actually, those objects are doing pretty well.

In a collaborative project between the Chair of Geosensors and Engineering Geodesy and the Chair of Structural Mechanics and Monitoring (both at ETH Zurich) and financially supported by Siemens, Geberit, and the ETH Zürich Foundation upon approval by the Partnership Council Sustainable/Digital Construction, recently published their first results. 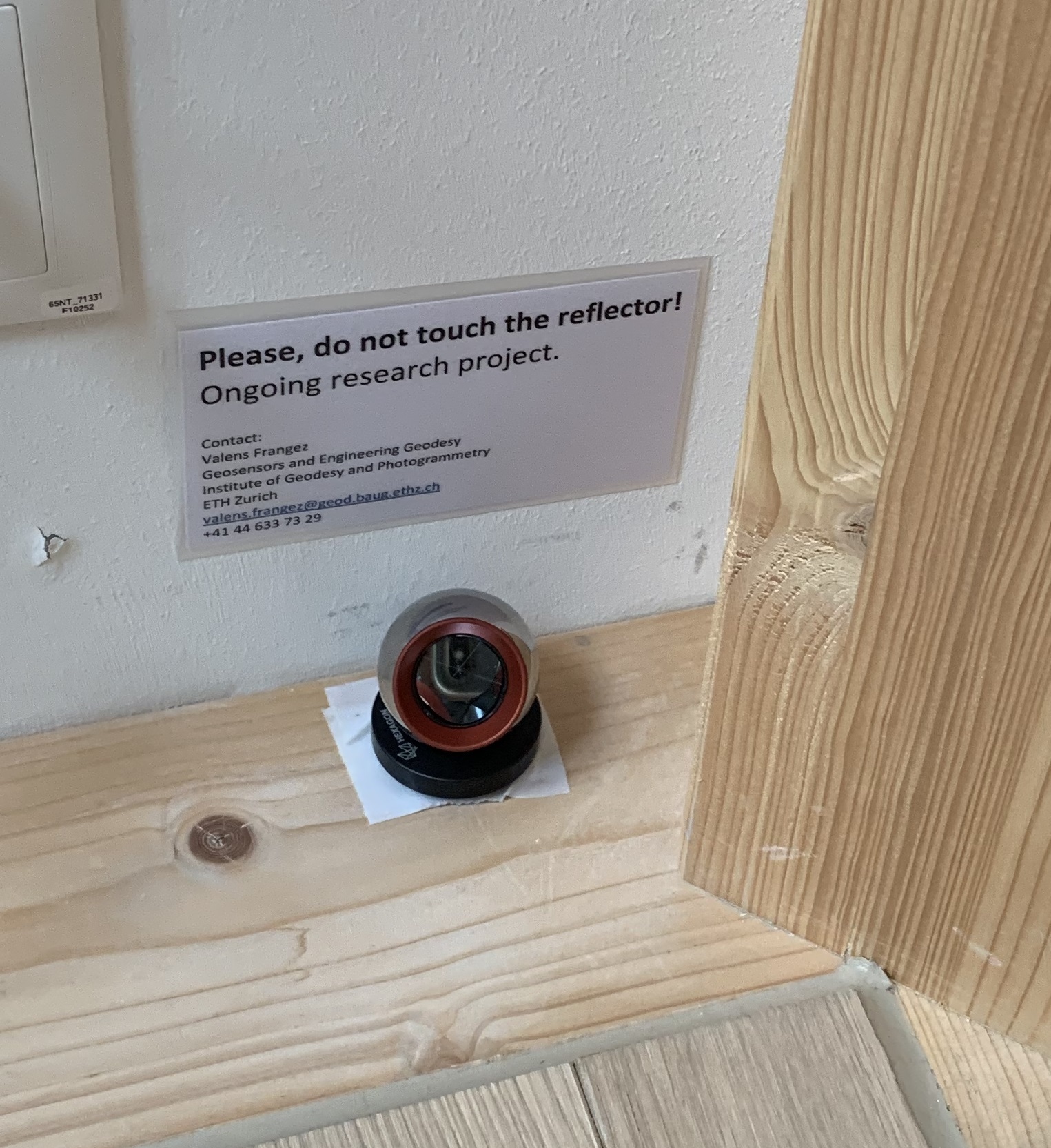 The first part of the project provided geodetic monitoring of three digitally fabricated structures within the DFAB HOUSE: the load bearing wall on the ground floor produced by the mesh mould and in situ fabricator; the SmartSlab; the concrete Mullions, and Spatial Timber Assemblies. Two different instruments were used for contactless measurements, namely terrestrial laser scanner (TLS) and laser tracker (LT). On the one hand, TLS provided 3D point clouds of the entire structure at different epochs, which were then compared and yielded deviation maps. On the other hand, LT pointwise measurements to installed reflectors on the structure resulted in displacement vectors after comparison between the acquired epochs. By doing this, researchers were able to assess the performance of each structure and its development over time, as well as comparing the actual built state to the corresponding design states of the structures.

In the seven months that the innovation objects were monitored for, analyses showed that the SmartSlab behaved as hoped with a maximum deviation of 1 cm in height (increase over the supporting wall and downward movement towards the edges) and a maximum difference of 4 mm in the Z-axis (horizontally). For both inner and outer wall points in the Timber Frame network, horizontal displacements of under 1 mm were recorded, with vertical displacements of under 0.4 mm.

The second part of the project exploited sensors which were embedded within the innovation objects themselves. 13 fiber optic sensors were embedded along one of the ribs of the SmartSlab, 12 measuring strain and one measuring temperature. The sensors were installed after the concreting of the slab (June 2018) and have continuously recorded measurements since. Results showed that after the second post-tensioning stage there was an unexpected reduction in strain state, found to be due to cracking caused by eccentric application of the forces during the post-tensioning process. While this does not pose a safety issue, it generates empirical data that can be used to improve future design iterations.

The team further used the strain evolution data to study how either temperature variations or the post tensioning contributions and concrete creeping affected the SmartSlab. Normal daily fluctuations in ambient temperature induce an almost heartbeat- like response, where the slab moved upwards and shifted the strain towards tension (as opposed to compression). Considering that the desired stress state for these systems is compression, this offers valuable insight into the daily behaviour of the slab.

As a complementary measurement, seven accelerometers were installed for a brief single day measurement campaign, almost one year after casting, in order to evaluate the dynamic behaviour (vibration) of the slab. The measurements reveal that the fundamental frequency, namely 4.51 Hz, lies marginally above the current guidelines for serviceability, i.e., the levels that are considered as comfortable for occupants. Again, this is no cause for concern, but offers information which could be further exploited for improvement of the design of similar structures.

Despite the minor hints on how to pursue improvements in future designs, the monitoring project shows a construction that remains healthy in the two years since completion, with deformations that lie within a reasonable and expected rage, something that should come as a pleasant relief to those lucky enough to currently inhabit the DFAB HOUSE!