Lauren Vasey is a Postdoc with Gramazio Kohler Research. We asked her to tell us about moving across the Atlantic to pursue her career and what it was like to start a new job just before a pandemic.

What is your job within NCCR Digital Fabrication?

I am a post-doctoral researcher within the Stream construction robotics. My research project is called, “Mobile Robotic Aggregation of Found Objects.”

What is the goal of your research project?

The goal is of the project is to autonomously stack as-found material, such as recycled concrete or rocks, with an autonomous excavator. The project questions how to design adaptively with irregular as-found materials rather than trying to realize a predefined design intention. Simultaneously, it necessitates developments in sensing, control, vision and manipulation.

When I joined the project, the team had already made significant steps beyond state-of-the art, so the task was to identify a meaningful contribution that matches my interests. During my previous research, I became very interested in gathering data during production, especially in force -sensitive production processes. I noticed for one project that I could prove through data that the global structure became incrementally stiffer over time because it deflected less under identical robotically-applied loading conditions.

Now, I am interested in using the integrated force-torque sensing on the autonomous excavator to structurally test and validate the rocks walls in-situ. With the autonomous excavator, we can place precise forces anywhere on the structure and observe how the walls behave. It is similar to playing Jenga; we can use force feedback to determine if individual elements are loadbearing and stable. 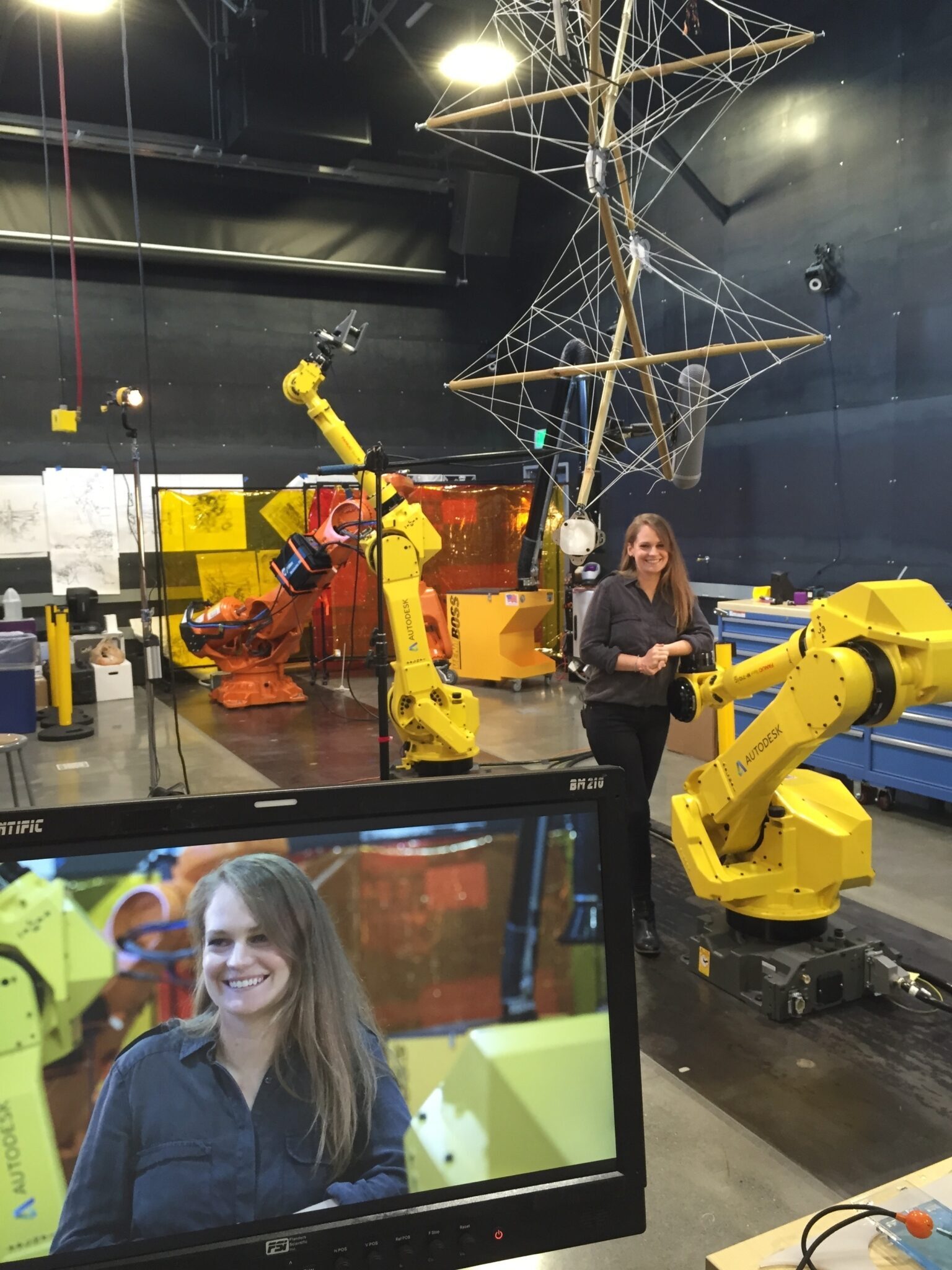 What attracted you to the project?

One broader scope of my interests is to develop strategies to enable teams of robots to handle material systems that have so far resisted automation. This includes materials that are flexible or extensible, material systems that are heterogeneous or variable, and structural systems that cannot easily be pre-calculated. This has enormous implications both in terms of design but also supply chains: only highly standardised and processed materials are typically used in architecture and construction.

The other aspect I find exciting is the use of an autonomous excavator. In Architecture, we have appropriated robots from an industrial domain. Because they were developed for a different set of constraints and production contingencies, they have many limitations. The use of an autonomous excavator presents new opportunities through its extended reach and also requires new integration and programming approaches.

You arrived in Zurich shortly before lockdown began. How easy has it been to integrate into both your workplace and wider Switzerland?

Though it took some time to define a meaningful work package on my project, I was lucky in that it has been easy to integrate at ETH. I already knew many of the people from my time here previously and from conferences.

In general, there are many things that I would like to spend time learning, so Covid actually offered a unique opportunity. For my project specifically, I spent time working on simulation, reading papers, and preparing for upcoming research applications. Of course, our field relies on validation through large-scale production, so focusing temporarily on other things is only a short-term solution, and I am very happy now that we can go back to experimentation. 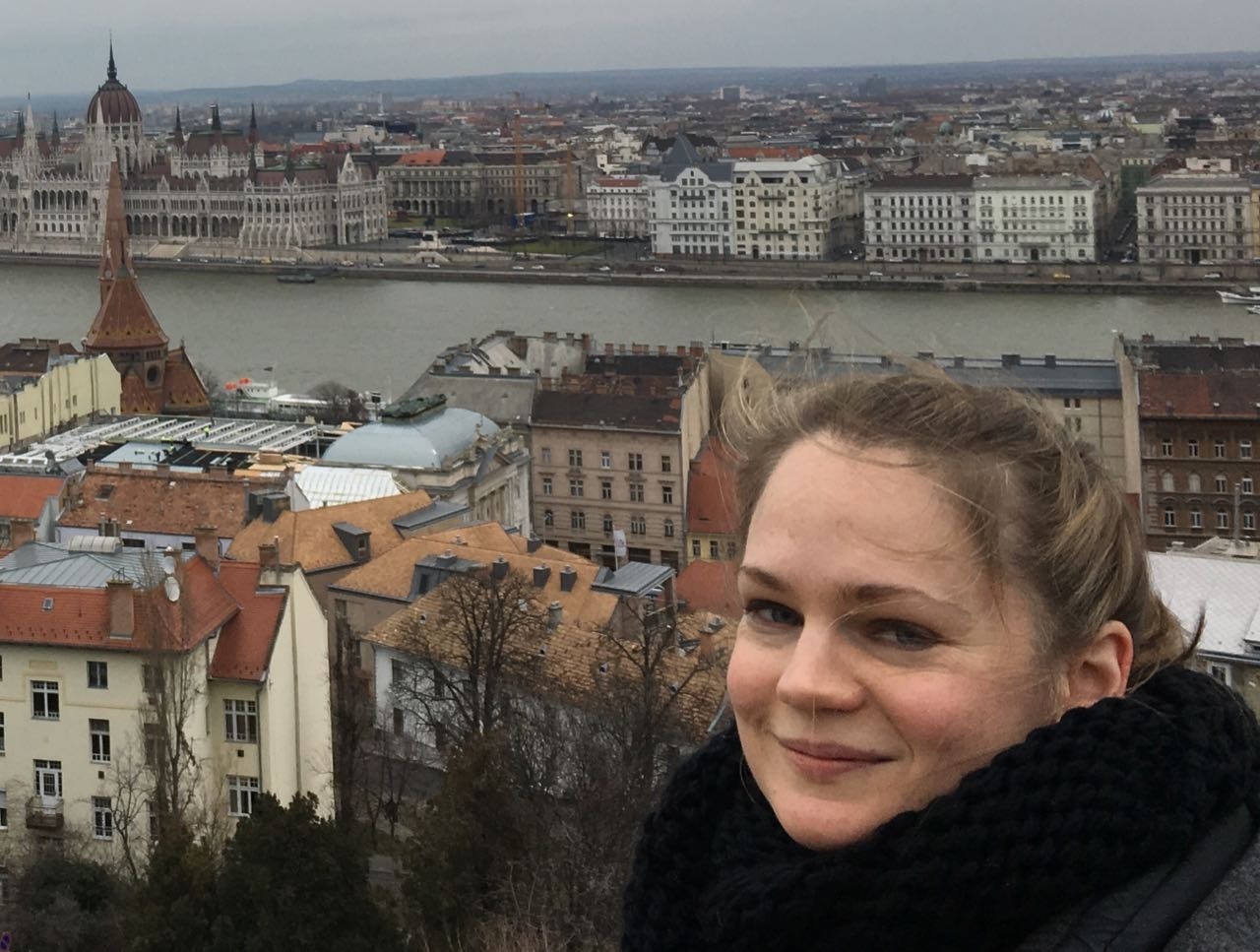 Before you began working in the NCCR, you completed your PhD in Stuttgart, Germany. Do you see any major differences between research cultures in Germany and Switzerland?

Yes, I worked as a researcher for over five years at the Institute for Computational Design and Construction (ICD) at the University of Stuttgart, which recently became the host to a research network similar the NCCR, called a German Excellence Cluster. At Stuttgart, there was emphasis on research through interdisciplinary design and teaching. Teaching became the venue by which we could benefit from iterations and take risks. If you trace the lineage of almost all of the significant research projects, they were almost all first pursued in teaching.

Here, the research goals within the NCCR are naturally less exploratory and more pre-defined, and the emphasis is more on execution to a high-level of robustness and implementation feasibility. What is amazing and unique here is the network of interdisciplinary collaborators, who are top experts in their fields. There is a huge opportunity to leverage their expertise towards reinventing building processes and systems.

I would say my experiences are somewhat complimentary. Both places are testing grounds for how this research can be initiated, conducted, and ultimately implemented and documenting the successes and challenges at both places is enormously important for the future. 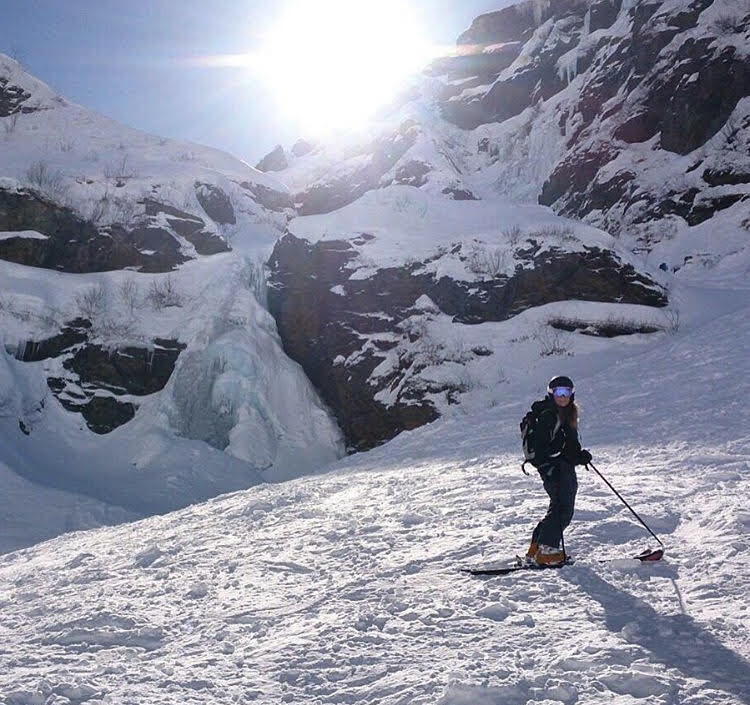 You originally come from the US, did you always plan to move to Europe? Do you find it a culture shock?

I did not always plan to move to Europe, it just so happened that the research I wanted to do was in Europe. The building industry in Europe, and Switzerland and Germany in particular, is quite far ahead of everywhere else, especially in terms of digitalisation. So my choice to do a PhD and now Post Doc here was quite natural. Interestingly, Architecture and technology is recognised as a STEM field here, whereas in the US similar research has difficulty getting the same level and types of funding.

In general, I like to live in Europe, and I am happy here. Very importantly, I now prefer fizzy water to still water, and my choice in sports is very European, I like football and skiing much better than American football. 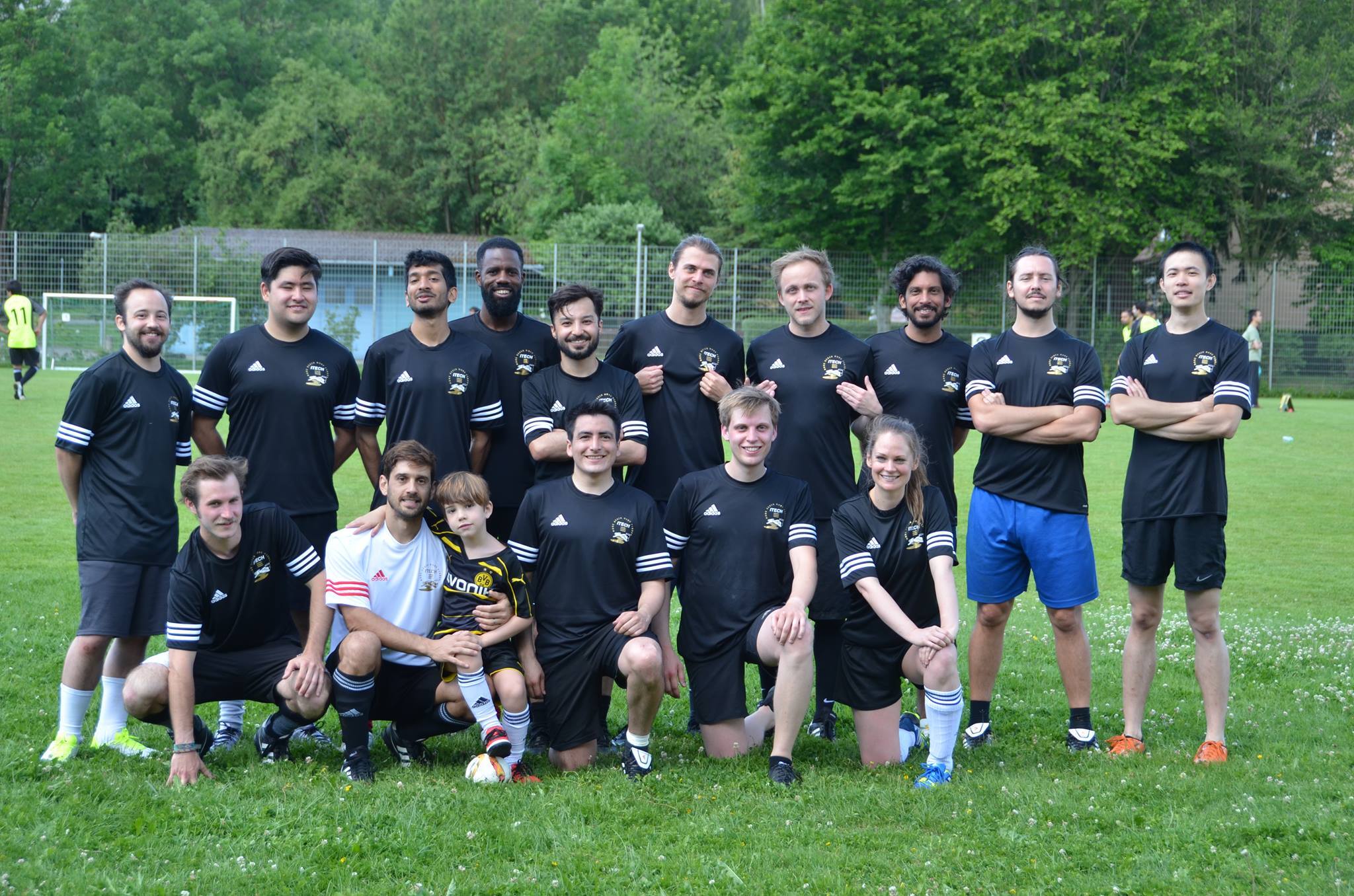 You originally studied engineering and later adapted to digital fabrication with a Master’s in Architecture. What made you decide that you wanted to use robotics in this way?

Yes, my undergraduate degree was offered through the department of Civil Engineering, but my engineering degree was flexible in that I could swap some of the civil engineering courses for other engineering or computer science courses. At the time, I really enjoyed the creative, open-ended, project-based engineering courses, which is perhaps why I became interested in Architecture.

I went to University of Michigan for my masters because they had a very forward thinking interdisciplinary agenda, and my initial intention was to do two masters, one in architecture and one in engineering. In my first year at Michigan, I took robotic fabrication and immediately started working in the robotic Fabrication lab in the Architecture school. It was quite clear to me that I wanted to specialise in this emerging field of research. 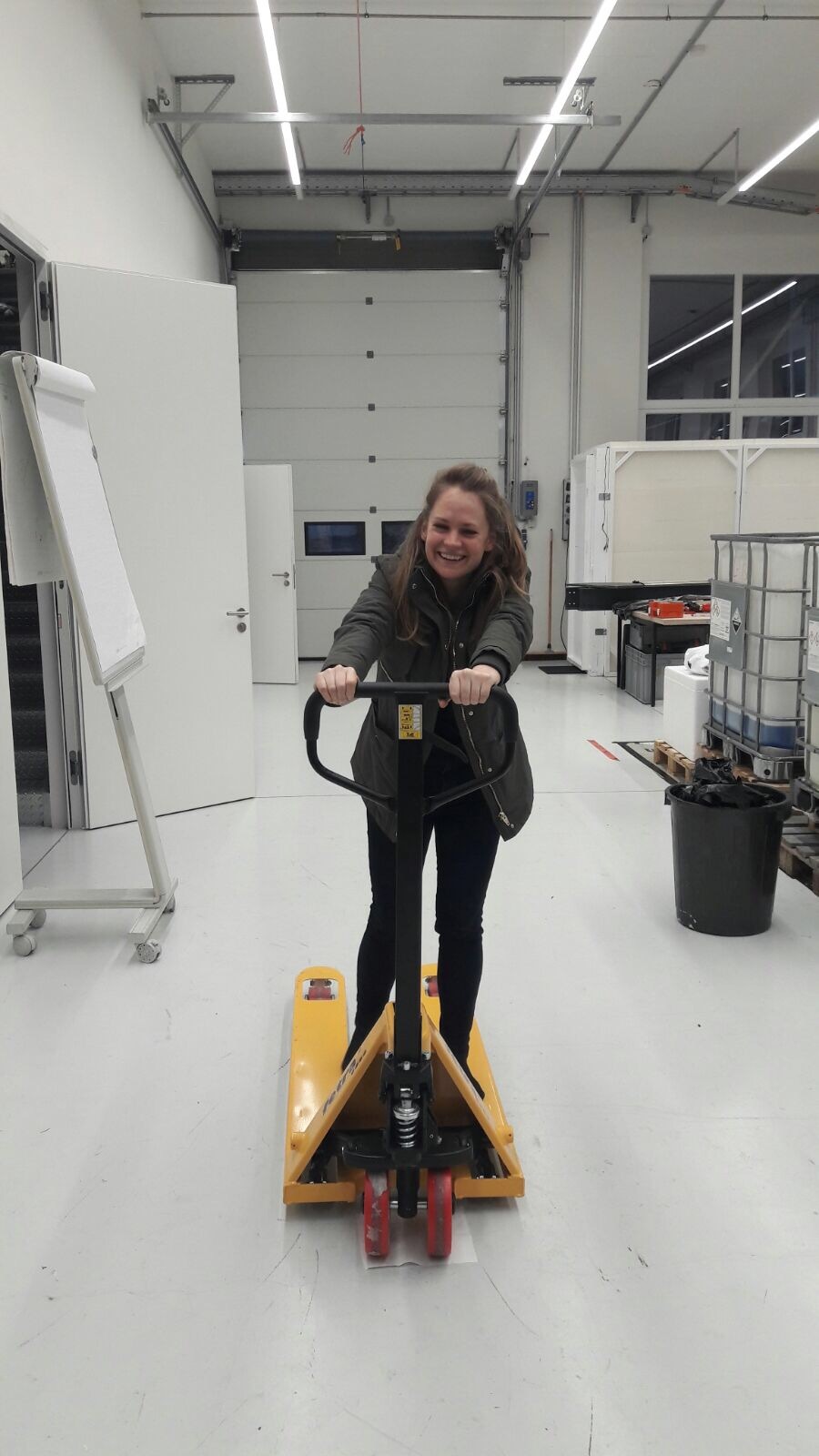 What advice would you have for someone who wanted to follow in your carrier steps?

My advice to the next generation is to pursue multiple courses of study. I believe the disciplinary structure in academia is prohibitive to innovation, and actually that we need structural change in the university organisation. In this research field, people that exist between disciplines are very advantageous, especially in early stages of development, where we need to conceptualise entirely new systems and processes that respect constraints in multiple categories: structural behaviour, material science, robotics and control, while at the same time, offer new opportunities for architecture and the built environment.

And finally, you have a very impressive CV, tell us something that you’re not good at!

I am not very good at foreign languages, but maybe this will be the year ich werde lernen, fliessend deutsch zu sprechen. 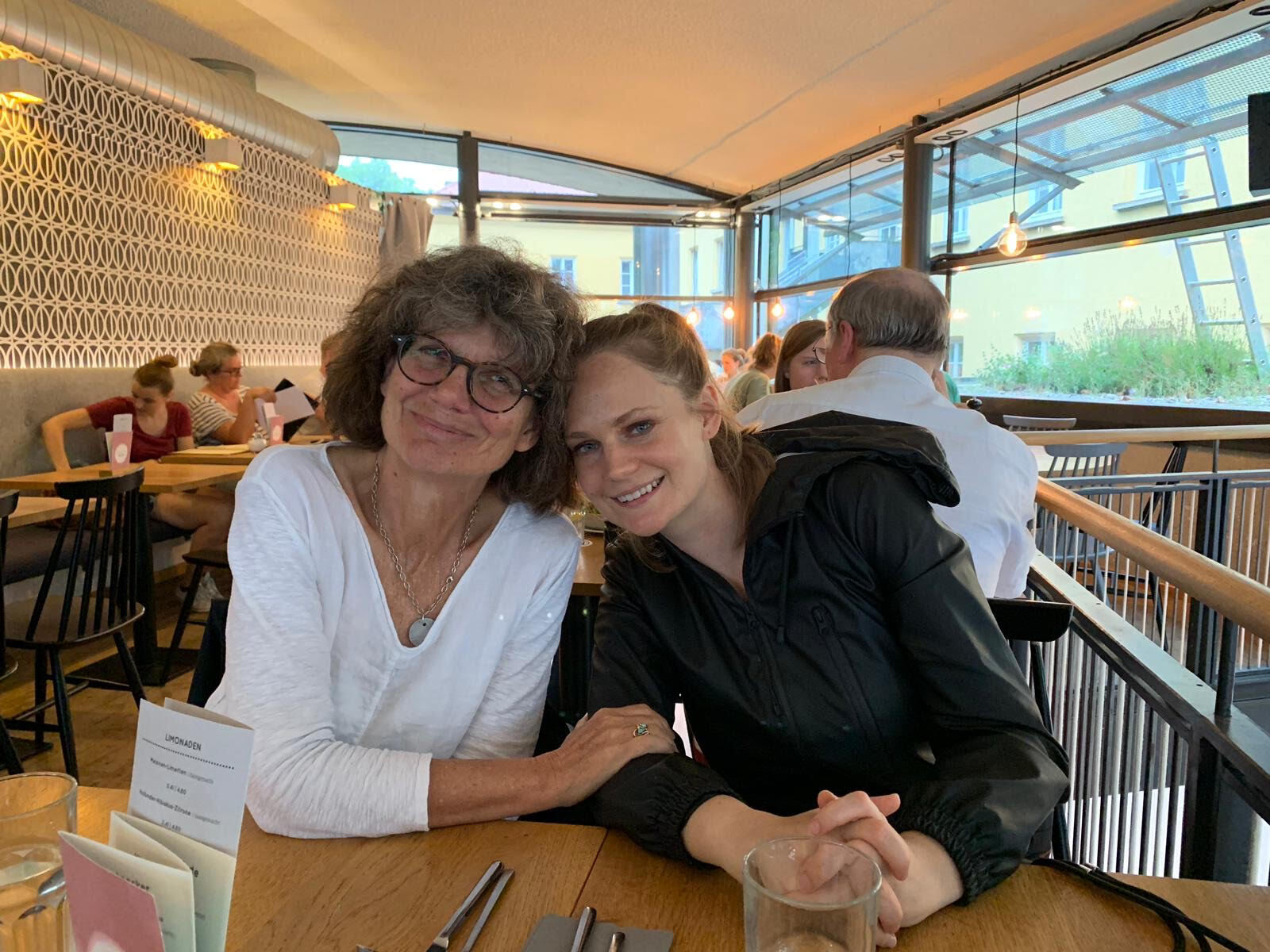 Tagged with: meet the researchers