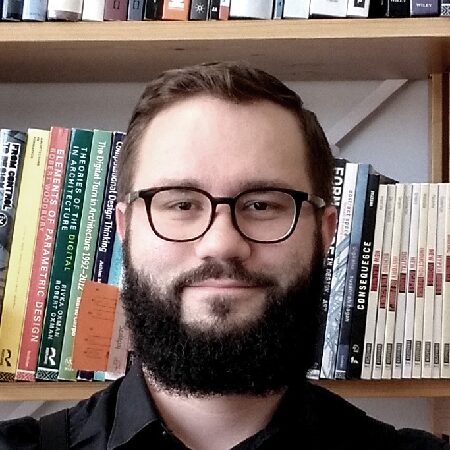 Luka Piškorec studied architecture at the University of Zagreb and ETH Zürich where he received his Master of Science in Architecture degree in 2011. In 2011 he started working as a research assistant at Gramazio Kohler Research at ETH Zürich. From 2015 to 2017 he was involved in organizing and teaching at the newly formed MAS ETH in Architecture and Digital Fabrication. In 2015 he co-founded the Zürich based TEN association, with which he won the Swiss Art Awards in 2018. Since 2017 he works as Lecturer in Design of Structures at Aalto University in Helsinki, where he started a PhD in 2019 in the field of generative machine learning for architecture. He is currently writing a book on mathematical principles of computational design.