The National Centre of Competence in Research (NCCR) Digital Fabrication is happy to announce that the project team behind the novel building technology «Mesh Mould» received the Swiss Technology Award 2016 in the category «Inventors». The award is the most significant award for innovation and technology transfer in Switzerland.

«Mesh Mould» allows to build load-bearing concrete elements of any shape without formwork. Mounted on a mobile robot, a mechatronic end-effector fabricates a dense steel-mesh on the basis of a computational design model. In a second step, concrete is poured inside the mesh. Thanks to the dense mesh-structure and the particular concrete mixture, the concrete does not run out laterally.

Success Is the Result of Close Interdisciplinary Collaboration

After being launched at the Future Cities Laboratory of the Singapore ETH Centre, «Mesh Mould» was transferred to ETH Zurich. At present, project leader Norman Hack, PhD researcher in architecture, drives the project together with five other researchers from ETH Zurich within the framework of the NCCR Digital Fabrication. «For the development of the project, knowledge of researchers from the disciplines of architecture, robotics, materials science and structural engineering was needed», states Hack.

Greater Freedom of Design, Sustainability and Efficiency on Building Sites

«Mesh Mould» has big advantages for both bespoke and standardised concrete architecture: Whilst in the case of individual architecture, the great benefit of the new technology lies in the fact that no material- and cost-intense one-way formworks are needed, the advantage for standardised concrete structures is that the structures can be structurally optimised. In 2017, «Mesh Mould» will be implemented on the modular research and innovation building NEST of Empa in Dübendorf as part of the Unit of the NCCR Digital Fabrication. The research team is already looking forward to this first real-world application at 1:1 building scale.

The NCCR Digital Fabrication is very proud of the whole «Mesh Mould» team and congratulates everyone involved to this great collaborative achievement!

For more information, you can download the PDF version of the media release in both English and German. Project credits and images can be found on the «Mesh Mould» project site. On the NCCR Digital Fabrication's YouTube channel, you can also find the Swiss Technology Award project trailer. 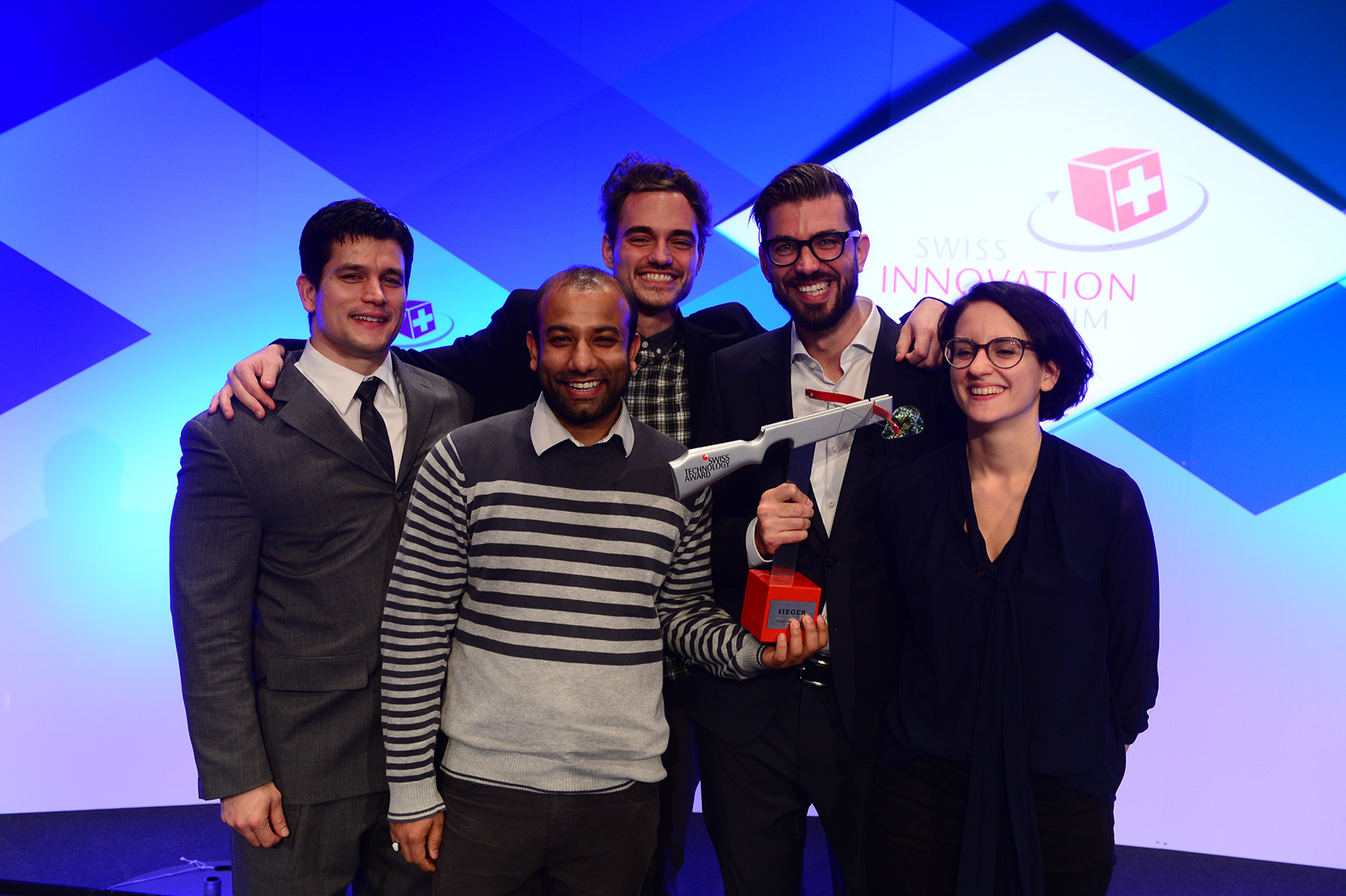