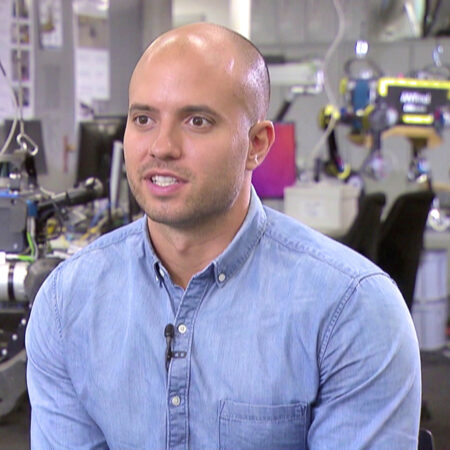 Marko Bjelonic was born in Banja Luka, Yugoslavia. He received the B.S. and M.S. degrees in mechanical engineering from Technische Universität Darmstadt, Germany, in 2013 and 2016, respectively. He was with the Robotics and Autonomous Systems Group of CSIRO, Australia, in 2015/16. He is currently working toward a Ph.D. degree with the Robotic Systems Lab of ETH Zürich, Switzerland. His research interest includes whole-body motion control and planning for wheeled-legged robots in challenging environments, and the transfer of this technology to robotic and non-robotic applications. The supervisors of his Ph.D. are Marco Hutter from ETH Zurich and Sangbae Kim from Massachusetts Institute of Technology (MIT).

Legged robots are capable of traversing challenging terrain, but lack of energy efficiency when compared to wheeled systems operating on flat environments. The combination of both domains overcomes the trade-off. We present a motion planner and controller which together enable a legged robot equipped with wheels to perform hybrid locomotion.