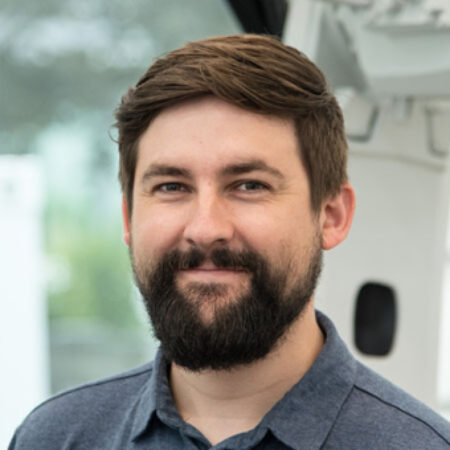 Andreas Thoma is the Director of Digital Fabrication at the New York based startup Toggle. Before Toggle Andreas worked for ERNE AG Holzbau in Stein, the Professorship for Architecture and Digital Fabrication, Gramazio Kohler Research, at ETH Zurich and Herzog & de Meuron’s in Basel. At Gramazio Kohler Research he co-led the projects Iridescence Print, Rock Print and Spatial Timber Assemblies. Rock Print was awarded the 2017 Ars Electronica STARTS Prize. He holds a Master of Science in Architecture from ETH Zurich and a Bachelor of Science in Architecture from the Bauhaus-University Weimar. His work has been exhibited at the Palais de Tokyo in Paris, Chicago Architecture Biennial, Museum of Digital Art in Zurich and the Swiss Institute in Rome.