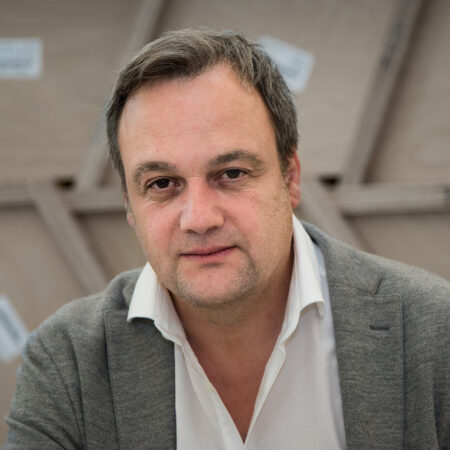 Yves Weinand, architect and civil engineer, obtained his degree in architecture in 1986 at the Institut Saint-Luc in Liège, Belgium, and a degree in civil engineering from EPF Lausanne, Switzerland in 1994, and contributed to teaching and research as an assistant at the Polytechnical Institute of Rhein-Westfalen, Germany. Since 1996, he has been the proprietor of the Etudes Weinand Bureau, engineering and architectural consultants in Liège. In 2004, Yves Weinand was appointed Associate Professor of the Laboratory of Timber Construction (iBois) at EPF Lausanne. He has participated in numerous competitions, juries and exhibitions, and has designed and carried out projects that combine architecture with civil engineering. Yves Weinand joined the NCCR Digital Fabrication in June 2014 as a principal investigator.